Learning should no longer be solely confined to classrooms and timetables, but must take full advantage of technology and innovation to break boundaries and transfer knowledge across Western Balkans cultures, generations, and geographical borders

Join us at the “Opening up the Balkans initiative" satellite event during the 2nd World Congress on Open Educational Resources in Ljubljana, Slovenia on 18th September 2017. 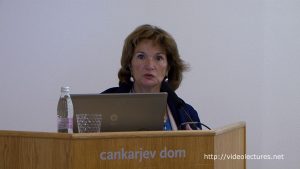 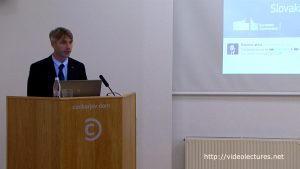 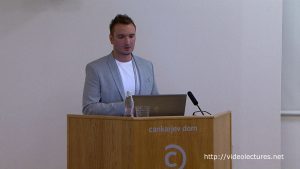 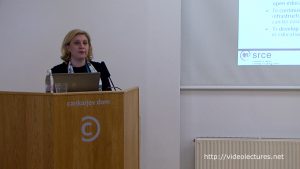 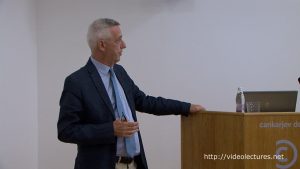 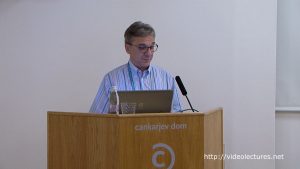 The Government of the Republic of Slovenia would like to take advantage of the momentum it has created with its activities in open education on both national and international levels and align all main policy making bodies in the Western Balkans region into an integrated initiative. This follows the idea of “Opening up all Member States”.

The event will result in a shared standpoint, a “Roadmap for Opening up Western Balkans”, and a definition of a first pilot project proposed by Slovenia. We will showcase an implementation charter for Openness as a driver for innovation, stability and economic and educational boost with the potential for reskilling and job creation.

The Government of the Republic of Slovenia has a strong agenda in open education, open learning environments, OER and skills creation. It will make sure to disseminate the idea of “Opening up Member States” to all governments in Western Balkans and South Eastern Europe, including the 195 UNESCO Member States and 52 Members of the Commonwealth of Learning.

The Government of the Republic of Slovenia will organise a mini-conference featuring presentations by Ministers on “Vision and proposals for Opening up the Western Balkans”, experts as well as both academia and industry from the region on “Partnerships and alliances in the region”. This document will propose an initial set of agreeable standpoints and initial projects for these presentations. As stated above, there are
a number of bottom-up actions and a portfolio of top-down political attempts to bring the region together.

Therefore, Slovenia proposes that the Western Balkan region be the first EU region to actively and comprehensively adopts the European Commission's Opening up Education communication, UNESCO’s Paris OER Declaration3, the results of the 2nd World Congress on Open Educational Resources and, most importantly, the blueprint of the national OpeningupSlovenia initiative, enabling the implementation of the idea of “Opening up Member States”.

This new initiative will introduce the European agenda for Open Education1, including all aspects of Openness such as Open Access, Open Educational Resources, Open Data, etc., into the Western Balkans with the purpose of maximizing the educational potential in the Region.

Learning should no longer be solely confined to classrooms and timetables, but must take full advantage of technology and innovation to break boundaries and transfer knowledge across Western Balkans cultures, generations, and geographical borders. The event will present an idea of first steps towards mainstreaming Openness in the region.

In October 2013 the European Commission published a policy document asking Member States to consider adopting Open Education as a strategy for building bridges across all stakeholders involved in education4. In 2014, Slovenia decided to implement the document and become the first EU Member State to fully embrace open education. It did so by creating a top-down and bottom-up initiative called OpeningupSlovenia5, an attempt to create a blueprint for countries in the region and around the world to adopt the openness approach, by developing, deploying, testing, evaluating and sharing good practices in open education with everyone.

Recent years have witnessed ground-breaking developments in the field of education and training. Society is becoming increasingly complex; and as great amounts of information are generated, the traditional education systems have difficulty in keeping up with these trends. Knowledge is becoming available to all, everywhere, at all times.

Education is thus becoming increasingly "open" and connected with other areas of state and society. Open education is an upgrade of the existing system, and builds on traditional education with a greater degree of flexibility. It includes everything from technology, content and methods to legal aspects and motivational elements.

Only a comprehensive approach can lead to necessary qualitative changes. Slovenia offers a unique example of such an approach to the global world.

Johannes Hahn, the European Union’s commissioner for enlargement, says that EU governments have been pushing him for ideas on how to keep the Western Balkans region stable. The result is an implementation plan for a Western Balkans common market, backed both by local leaders and by the EU itself. Commissioner Hahn says the plan could create up to 80,000 jobs. Foreign investors will see a market of 20 million people rather than six small countries. In fact, much of what Mr Hahn wants to do is already under way. An incomplete free-trade area exists.

There is a Western Balkans energy community linked to the EU, a treaty integrating transport policy is ready to be signed, the mutual recognition of professional qualifications and intercultural dialogue, including a common agreement for the digital transformation of the six governments. The idea now is to build on all these activities and fill in the gaps by using Openness, beginning in the field of education.

The Government of the Republic of Slovenia has identified a first value project to be presented at the meeting - a collaboration on exchange of educational and other data essential for starting the Openness agenda and build prosperity of citizens of the WB6 (Albania, Bosnia & Herzegovina, Croatia, Macedonia, Montenegro, Serbia and Slovenia).

The project addresses the essential challenge of research and innovation in the knowledge economy that lies in the knowledge/technology transfer from R&D to the commercial world. The operation of this innovation value chain is not well-developed in Europe, and particularly underdeveloped in Western Balkans (and South-East Europe).

The Future Region’s Single Digital Initiative[1] brings countries together to share data and information that can predict future (educational, technological, business, etc.) trends. This, in turn, will enable the regional economy to map its competencies and skills and become more competitive. It will provide a background based on the open information system to encourage a “transnational innovation system” for Western Balkans.

This idea is about integrating existing educational, research and innovation data in the region to provide open and unique science and research analytics services to researchers, businesses, policy makers and general public. The intention is to create the first step to a fully running service based on the existing data from Slovenia, Croatia and Serbia and existing analytics environment built in Slovenia[2]. In the next step, the other five countries from the Region will be involved.

The project is essentially a data driven one, but with its results it will create a baseline for an open education platform in the Western Balkans. It covers an initial gap that can facilitate the creation and exchange of OER content. The project at its start most effectively empowers young people, more precisely PhD, MA, MSc students in research, and professionals.

[1]   As signed by Chambers of economy in presence of relevant Ministries of countries forming the Future Region at occasion of Bled Strategic Forum, 2016